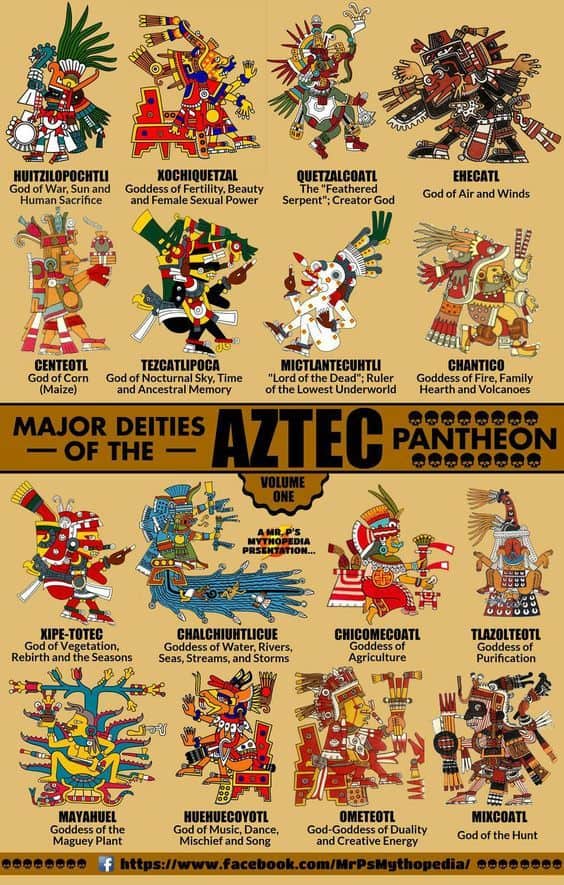 The Aztecs lived in Central America at the site of current-day Mexico City. They set up home in the middle of Lake Texcoco, where legend has it, they saw an eagle sitting on a cactus with a rattlesnake in its claws. They believed that this was a sign from the god Huitzilopochtli, known as the Hummingbird of the South, so they built the city there.

Like many other ancient people, the Aztecs had a complex pantheon of gods including more than 200 deities. This infographic shows just a few of them. Heroes and ancestors were also venerated. The gods fell into one of three sectors: warfare, weather, and agriculture, which was central to Aztec livelihood.  This is a weird and wonderful bunch with some really scary gods amongst them. They’re a colorful group with their attire including reptiles such as snakes, bird feathers, and corn cobs.

The Aztecs had to win favor with their gods to ensure that they remained alive and lived a balanced life. The people appeased the gods with offerings, rituals, and festivals. The gods were unbelievably bloodthirsty and sacrifices included ripping out hearts and decapitating living people. The Aztecs believed that some of the gods had given their lives for humanity and that the only acceptable compensation was to make blood sacrifices themselves.

Jenny
I'm a happy busy person and I live in a country where the sun shines almost every day of the year. I love to read and share weird and wonderful information with my friends and family. Infographics ...
515 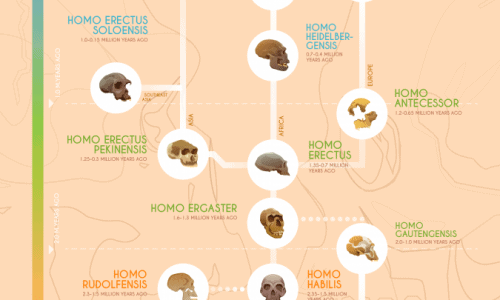