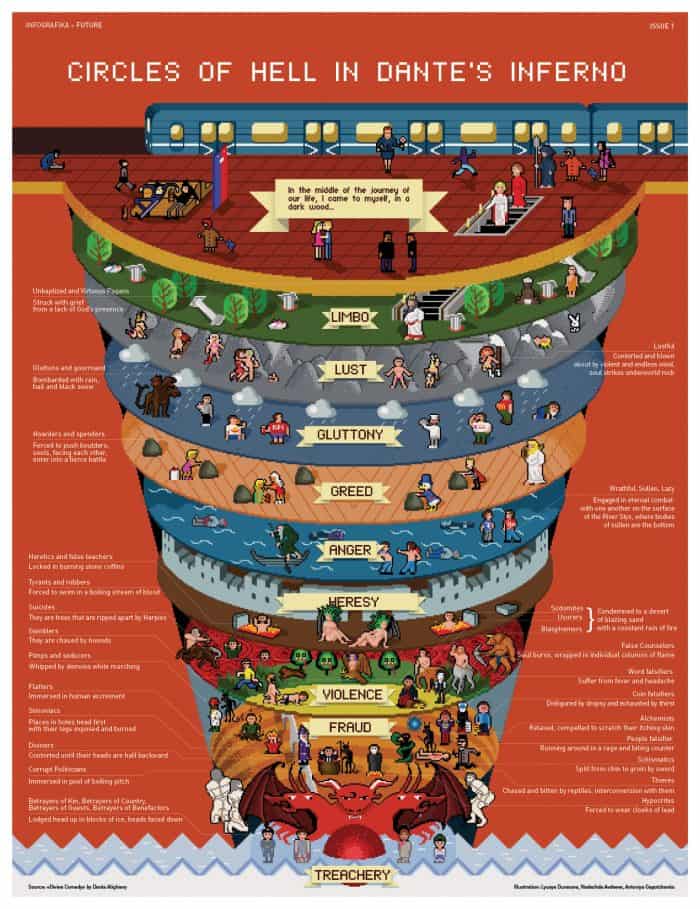 The concept of Hell has been tackled by a lot of artists, writers, historians, etc., but the one who did it the best (in my opinion) is Dante Alighieri. This famous Italian poet was the writer of the masterpiece known as Divine Comedy. His journey through Hell, Purgatory, and Paradise was presented flawlessly in this timeless classic.

If you haven’t heard about the poem itself, then you may have heard about the movie Inferno starring Tom Hanks. This movie was loosely based on Dante`s work and by loosely I mean only the map of Dante`s nine circles of Hell was used in the movie.

The way that Dante describes Hell is by using nine circles, each for a different and worse sin. He starts with paganism as the smallest sin and ends with the treachery as the biggest one.

The pixelated art style has almost a video game quality to it.  In the game of life these are just some of the levels you'd probably want to avoid.  Here are also a few things about the end you probably didn't know.