The Devastating Impact of Gem Mining

It's increasingly difficult to earn a living in some of the world's most rural communities, which leads to people taking potentially dangerous jobs. But a rising demand for gems has led to devastating results for the environment and the health of mine workers. Mining has emerged as a substantial socioeconomic sector in numerous developing countries, becoming a significant source of revenue for millions of people in 80 countries worldwide.

The explosive growth of gem mining — artisanal and small-scale mining (ASM) in particular — has spawned hundreds of low-tech operations, and many of these companies create unsafe environments for their employees.

Get-rich-quick companies use unskilled workers and rudimentary techniques and tools that degrade farmlands, which reduces food production and pollutes water sources and the fish within them. Dust, fine particles, and large mercury deposits can also reach nearby streams and rivers.

Most ASM activity is occurring in sub-Saharan Africa, Asia, Oceania, and Central and South America. The largely unregulated network of mines account for 80% of the world's sapphires, 20% of the diamond supply, and 20% of the gold supply. They employ more than 100 million miners.

While millions of people depend on the mines for their livelihood, the operations are creating a toxic environment that can only be relieved by placing oversight on small mines and encouraging ethical practices and adequate regulation. 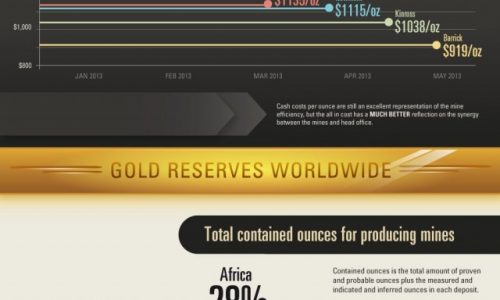 What is the Cost of Mining Gold?