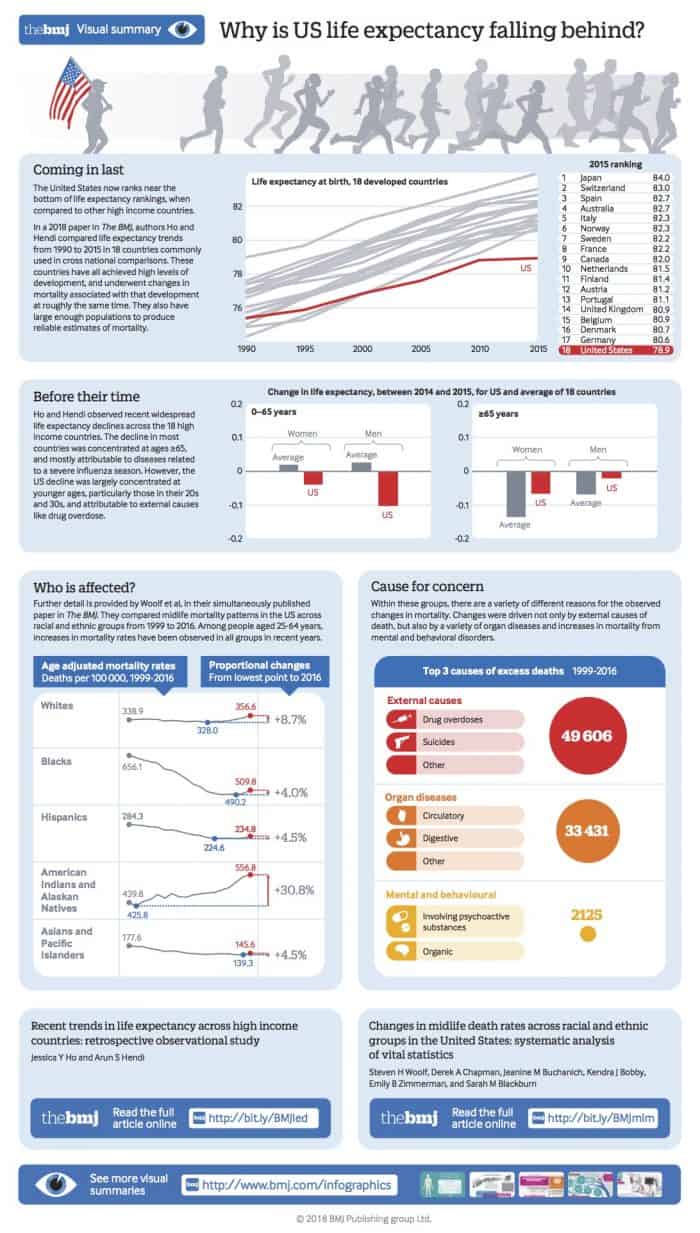 The Shrinking Life Span Of Americans

Advancements in healthcare and technology have allowed for a dramatic bump in our life expectancy.  So how come a developed country like the United States has seen a downward trend in its mortality rates?

While the trajectory of other countries’ average life expectancy seems to be getting better at a steady rate, Americans are reaching a plateau at 78.9 years.  Countries like Japan and Switzerland are seeing their citizens enjoy a life of over 80 years old.

Digging a little deeper, findings show that there is a negative change in mortality among the elderly in most developed countries.  The only country that has seen this downward trend among people younger than 65 is the US.

No discrimination among the different groups can be seen, as all races have experienced a drop in their life expectancy.  The rates vary anywhere between 4-30%.

Unfortunately a country’s economic success inevitably brings with it consumption of drugs, unhealthy food, and mental problems.  This has had a major impact on the US population.  It’s no secret that the opioid crisis has been contributing to shrinking lifespan.

With access to better healthcare and technology, developed countries should be seeing improvements in their mortality rates.  Statistics like these show us that no matter how much innovation and wealth we have, it all comes with a price.

What Your Acne Is Secretly Telling You

What’s Going On With Your Blood Pressure?