Non of my peers seem to do it, but as a low-income young adult I am a huge fan of pre-cooking my week’s meals. I’ll cook a gallon of coconut soup and a couple of cups of rice. Maybe I’ll do my own homemade version of a Chipotle burrito bowl – but make it 5 times the normal serving size. I’ve been known to make a half-dozen burritos and stick them in my freezer. All of these pre-cooked meals do require a good amount of prep. That’s where the slow cooker comes into play. I’m still a newbie to the appliance, but it is one of the greatest inventions for the kitchen.

My favorite aspect of the crockpot is the that it eliminates the constant hovering. Cooking takes non-stop attention. Things cook at different speeds and temperatures. There can be flare-ups or other unintentional issues when working the stove. The slow cooker is different. After following the advice in today’s infographic I can pack my crockpot well, set the timer for eight hours and head off to work. When I get home the next step is to put it straight on my plate.

The ease and convenience of a slow-cooker is unmatched. Although the learning curve is slightly steeper than an oven or stovetop, this infographic to your left will help you cook like a pro. 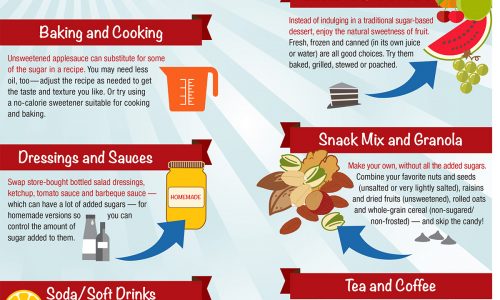 Surprising Dinner Etiquette Around The World