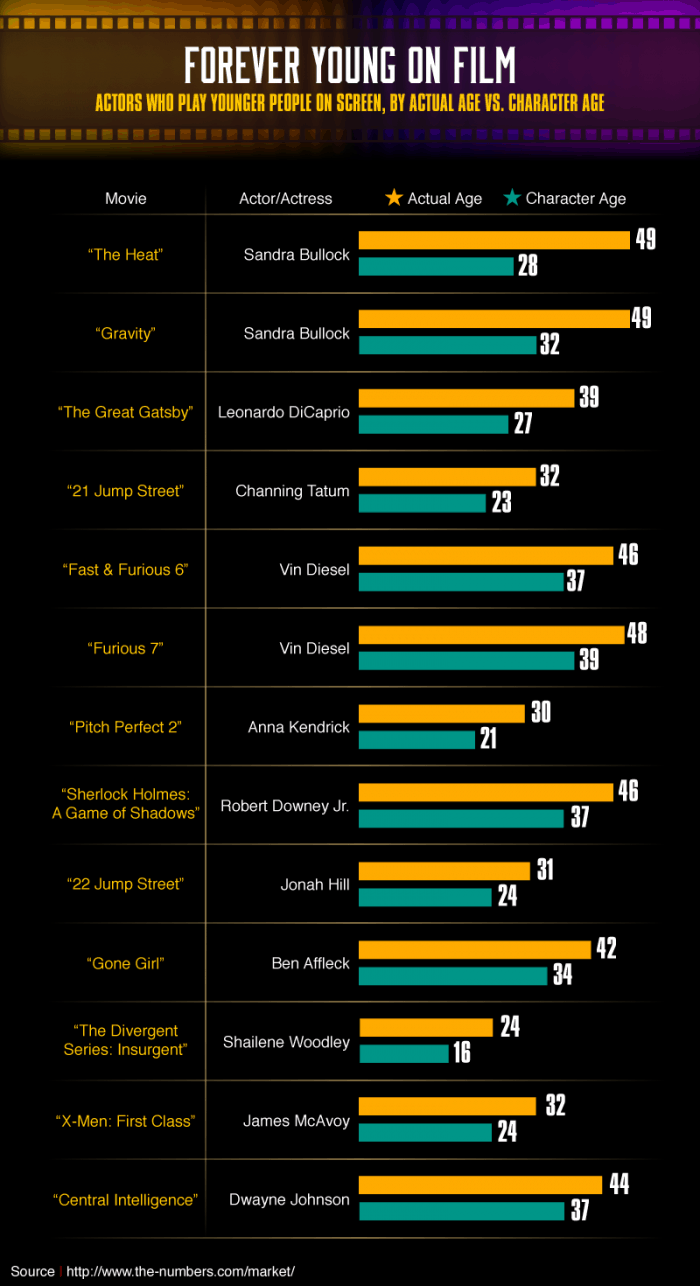 These Actors Get Away With Playing Much Younger Characters

You know you're getting old when someone says, “You look so young!” and it feels like a compliment. We've all got to age eventually, right?

Of course, celebrities often have the upper hand thanks to their ability to access expensive beauty and skincare treatments. I'm sure exercising regularly and eating healthily doesn't hurt, either.

Even in Hollywood, some celebrities are better off than others when it comes to staying forever young. This infographic shows which actors and actresses have gotten away with playing characters who are much younger than them.

If this were a competition, Sandra Bullock would definitely win. In both “The Heat” and “Gravity,” she played characters over 10 years younger than her. In “The Heat,” she played a 28-year-old FBI agent while she was 49! The same year, she portrayed a 32-year-old astronaut in “Gravity.”

Interestingly enough, almost every other star on this list is male. Heartthrobs like Channing Tatum, Leo DiCaprio, Vin Diesel and Robert Downey Jr. are some other stars who are baby-faced.

How old are your favorite celebs? Click here for our post on the perceived ages of some of the world's most famous faces.

Ayana
Ayana Lage graduated from the University of Florida with a journalism degree and a minor in communication studies. She lives in South Florida with her husband and spends her free time watching Netf...
7.3k