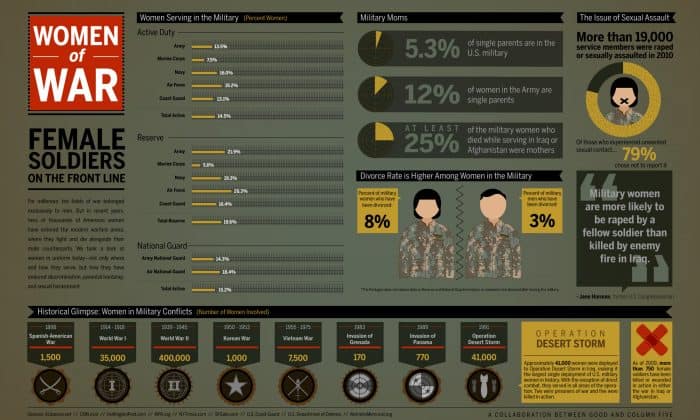 Respect and gratitude seem like shabby offerings to the men and women who risk it all to serve their country. Their service alone is admirable, but women in combat deal with the added risk that accompanies gender stigma. Beyond the stigma lie a slew of unique social perils. Todayâ??s infographic showcases these brave women, their history with the military and their present issues within it.

According to the infographic, divorce rates are higher among female soldiers than they are among their male counterparts. Even scarier is the number of female service members sexually assaulted in 2010 coupled with the number of those who chose to report the assault. [Via]