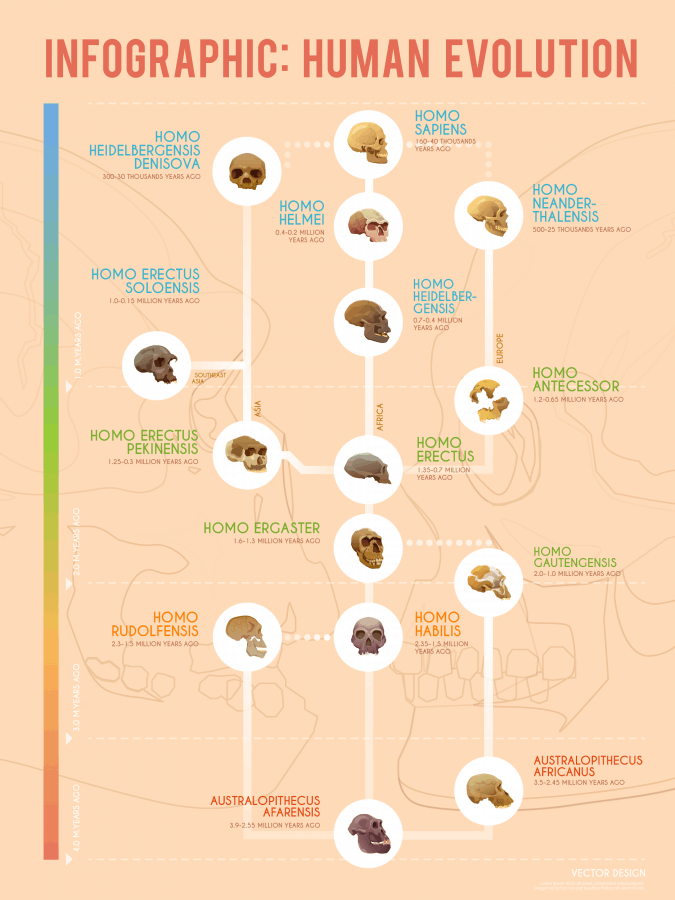 Humans are arguably the most successful species on earth and we’ve come a long way to get where we are today. Remains suggest that humans evolved over a period of more than 6 million years, with ancestors rising onto their hind legs around 4 million years ago. It has only been over the last one hundred thousand years that humans have shown the type of inventive and imaginary abilities of the species of today. They have left behind tools and cave art that shows their level of sophistication.

Scientists believe that human ancestors evolved in Africa as all of the fossils of early humans who lived between 6 and 2 million years ago have been found on the continent. There are as many as 20 different species of hominid. Most have died out, leaving no descendants. Modern humans (Homo Sapiens) have been around for about three hundred thousand years.

This isn't just ancient history, either…well in the grand scheme of things anyway. Up until quite recently, the earth was roamed by more than one species of Hominid. When Homo Sapiens reached Europe around 45,000 years ago they shared the continent with Neanderthals and with Denisovans in Asia. We've even recently discoved DNA evidence that suggests that they interbred.

The Facts Behind the Vax

How Being Bilingual Literally Changes Your Brain