A Look At Sushi’s Actual Origins 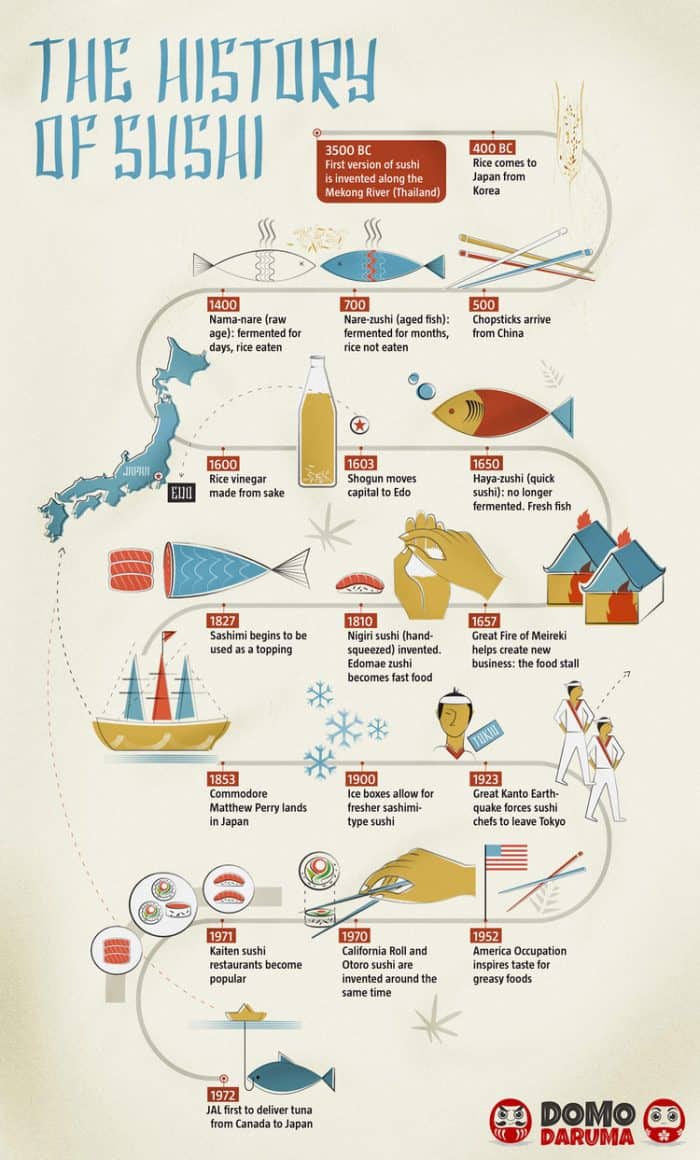 One of the most iconic dishes in the world is Japan’s sushi. Today’s infographic looks at the history behind this cornerstone of Japanese cuisine.

Sushi is more than just a dish, it is an art form–and not a new art form either. Sushi, as you can see from today’s infographic, had its humble beginnings all the way back in 3500 BC; not in Japan, but along the Mekong River in Thailand. It was not until 400 BC (when rice arrived in Japan from Korea) that Japan would really begin to embrace this dish as their own.

It is probably unsurprising that our modern, Western take on sushi is drastically different than what it has historically been in Japan. We’re not just talking about the famous California Roll, either. Nowadays you can find BBQ beef and buffalo chicken rolls in sushi restaurants all across America. Throughout the years, sushi has evolved greatly. Aspects of eating sushi that are commonplace now took many years to come to fruition.

The sushi people were eating back then is not the same sushi that is consumed in the world now, but it is difficult to deny that some modern creations are irresistibly tasty (I’m looking at you, California Roll). Years of foreign influence and everlasting popularity–not only in Japan but around the world–have definitely helped shape it into the iconic dish it is today.