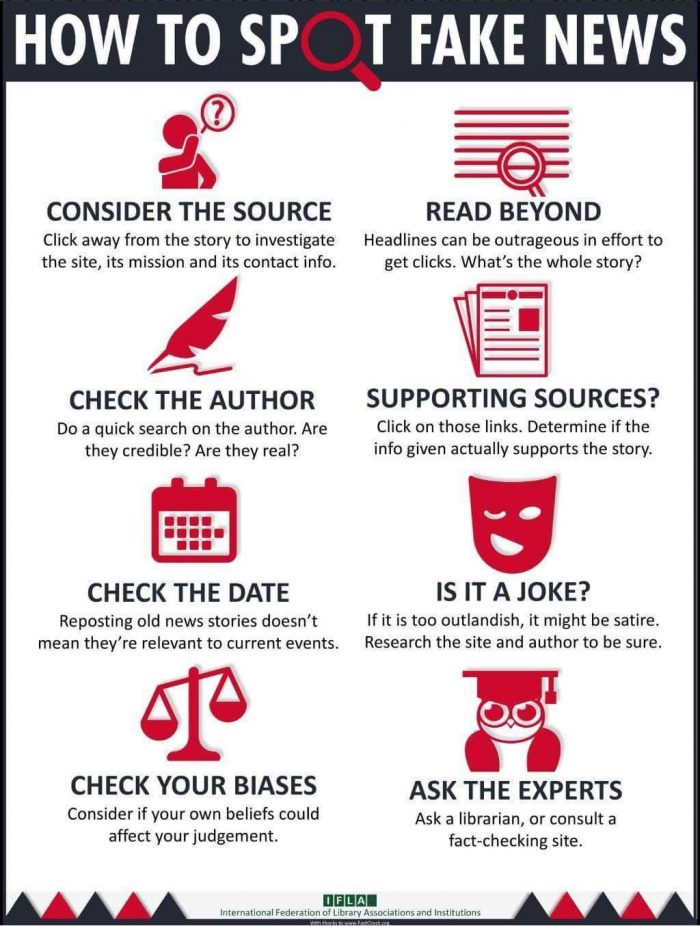 There’s a lot of fake news in the world today. It’s important to verify information before you believe it, especially if it seems outrageous or controversial. Fake news is a serious problem, and it’s one that can have a huge impact on your life. If you don’t know how to spot it, you could end up believing something that isn’t true—and that could have some pretty dire consequences. So let’s run through some questions you can ask yourself when reading online news stories to determine whether they’re real or fake:

The first step in verifying the source is to identify who they are. If you see a news organization’s name or logo, make sure it’s genuine by going to their website and seeing if it matches what you saw before. You can also check out their mission statement and other articles from them before deciding whether or not you trust them. If the source isn’t familiar, do more research on them by looking for other articles about them online. This will give you an idea of how well-known they are within the journalism community and whether or not other people trust them as well!

Read beyond the headline

One of the first places to look for fake news is in the headline. Headlines are meant to grab your attention and draw you into an article, but they don’t always present an accurate picture of what’s inside. This can be intentional or unintentional—but either way, it’s a good idea to read beyond the headline before forming any opinions based on it. Headlines are often written by someone other than the author (like editors) and may be written without much understanding of what they’re reporting on. If you see something that looks like fake news, look at who wrote it and make sure they’re credible sources of information on this topic before making conclusions based solely on headlines

When you read an article, make sure to check the author’s sources. If they’re reliable, you can trust the information provided. Check the sources of the article itself. Is it a reputable publication? How long has it been around? Did it publish credible stories before and after this one? For each source cited in the article, check their own sources. Are they reliable? Do they align with what other publications are saying about this topic? If not, then your original source might be unreliable as well. For each source listed by any of those sources (and so on), do more research on its reliability as well. Does it have an established reputation for being accurate or trustworthy? Countless hours spent checking every link in a chain can become very tedious if there are lots of them—so if you don’t have time for that kind of work yourself, try using tools like Google News Lab’s Fact Check extension for Chrome or Politifact’s Truthometer toolset instead!

One of the biggest pitfalls in spotting fake news is being blinded by your own biases. It’s tempting to believe things that confirm your existing beliefs, but don’t let them get in the way of critical thinking. For example, if you are a Democrat and someone tells you that the Republican Party is spreading conspiracy theories about how Democrats want to round up Muslims and put them into camps, then this may seem like an obvious piece of fake news. But if we only trusted our own biases and dismissed everything that went against them as “fake,” we would never learn anything new. Our worldview would never expand and become more nuanced as it should be. In fact, one study showed that people who have more diverse social networks tend to be better at telling apart fact from fiction!

Check the date of publication

One way to tell if a story is fake news is by checking the date of publication. If you see that the article was published on April 1st, it’s probably fake—but don’t depend on this alone. News outlets are publishing fake stories every day of the year, so don’t assume that something printed in March isn’t real just because it was published before April Fool’s Day. If a story sounds too good (or bad) to be true and has been posted by multiple sources at different times throughout the year and around the world, there’s a good chance it might be false.

Ask an expert in the field

The best way to tell if a piece of news is fake is to ask an expert. If you don’t know anyone who specializes in that field, look for someone qualified and put your faith in their ability to verify facts. Ask the expert to explain how they would use this information in their own life or career. Would it be helpful? Ask the expert if they know who wrote this article and if so, whether they can verify their credentials via academic publications or other sources of authority (like professional organizations). You should also ask them whether there’s any reason why we shouldn’t believe what was written by whomever wrote it—for example, has this person been caught making false claims before? Finally, you should ask each source whether there’s anything else that might have been included in addition to what was written here but wasn’t mentioned explicitly–for example: “Are there any other factors I should keep in mind when deciding whether or not I should trust this source?”

You now have a list of eight questions you should ask yourself whenever you come across a news story. It’s time to put these tips into practice! Share this article with friends and family on social media or via email so they can also learn how to spot fake news. This way, we can spread the word about learning how to fact-check and make sure that everyone is informed before they share anything on social media.