Norse God Family Tree – As Accurate as It Gets

Recently I started watching that new Starz TV show American Gods. If you haven’t heard about it, I strongly recommend to give it a try, the show is amazing. Great cast, great acting, great visuals, and the story is as trippy as they get.

Not to spoil too much, but it is based on Neil Gaiman`s novel of the same name. It has gods from all old religions, mysticism, and a cool idea on what gods of our time would be like. The show is hard to explain and not spoil a lot of things, so the best thing is to watch one or two episodes and see it for yourself.

As you can see from the name of the show, the gods play a big role in it. And not just any gods, but ones from old Egyptian, Norse, Celtic, and other religions. I knew all of these gods as a kid and since this show sparked my interest, I wanted to refresh my memory. So I thought that Norse mythology is a good starting point. Also, Norse mythology is cool on its own, so even if you are not a fan of the show, I think that you will appreciate this infographic. 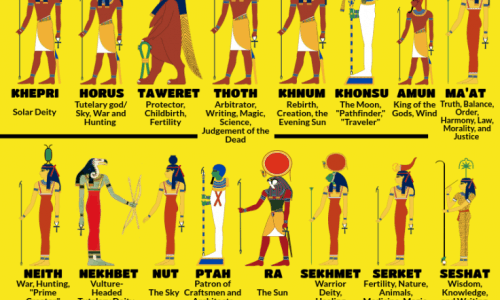