Those dumb people who say they don't care about the environment have so many options that help themselves as well as the planet. Here are things that will save your money and your world.

Everyone getting energy saving light bulbs would save 700 Million dollars over a year. With that kind of money we could bail out a bank or none. Still, 700 Million is a huge amount.Â  We could throw the biggest party ever. The government just needs to have a party tax that charges the amount of money a year you personally would save with the light bulbs. Then all 300 million of us would have the best fiesta this side of the Atlantic. There is no way we could ever top Kazantip

There is something I disagree with on this graphic. The low-flow high-flow shower head idea doesn't add up. With a high-flow I can take a much faster shower than with a low-flow. I think they need to make a medium-flow if they are really serious about saving the world. They do say that studies have shown that low-flow actually does save a hella lotta water. There are always those shows on the science channel that talk about how the world is going to run out of water soon. I'm thinking low-flow could be the key to spread out our water supply to last centuries.

At the end of this graphic they will give you a statistic that will make you actually believe we could save a lot of money and a lot of the environment.Â  Don't believe it. It's all lies. [Via] 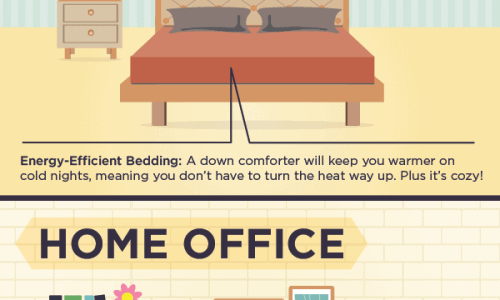