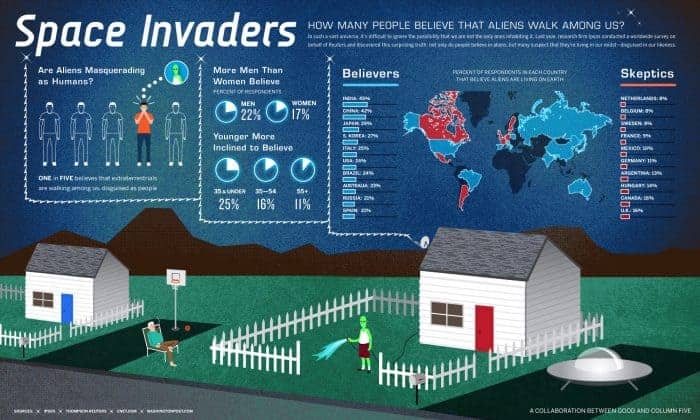 War of the Worlds

Over the past week, I've began to question whether or not we are alone in this galaxy. The discovery of 22b, an earth like planet located in a “habitable” zone right outside our solar system, first piqued my interest into this subject. After an episode of Into The Universe with Stephen Hawking, my friends weirdness was easily explained. I'm surrounded by aliens.

It is a scary idea, knowing that something so comprehensibly advanced could be walking amongst us. But maybe only to me, as I'm easily spooked.

According to the info graphic below, only 1 in 5 believe we share our galaxy with little green men. 22% of men and 17 % even believe they walk in disguise amongst us.

With the recent discoveries within our galaxy, it could be easier to get sucked into the conspiracy theories based on spacemen. But it seems most don't budge and hold on to the notion that we're not alone. 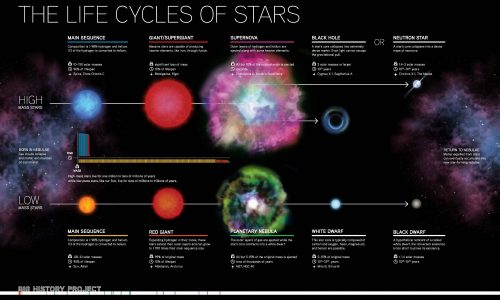 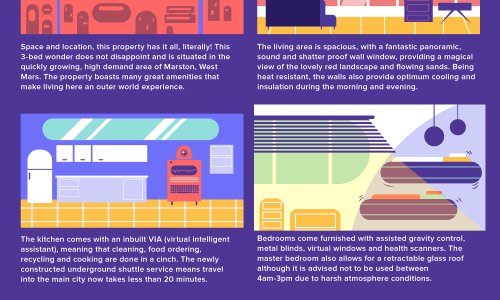 Selling A House In The Future of Outer Space 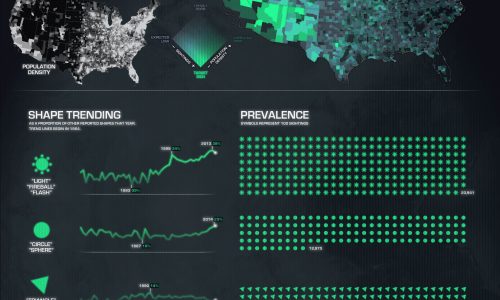 Every Reported UFO Sighting in the U.S. Since 1925 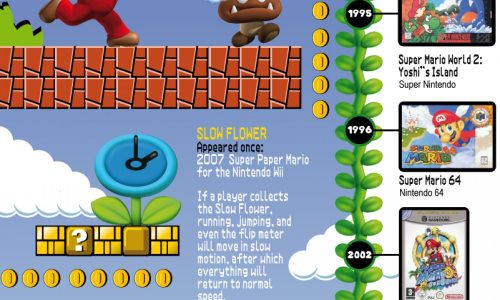 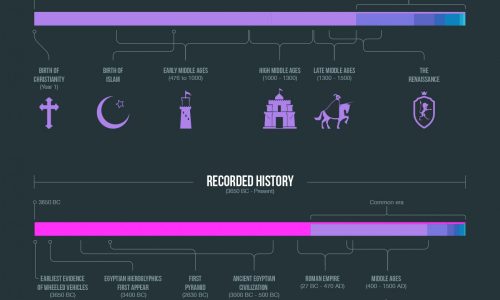 A Perspective On Time