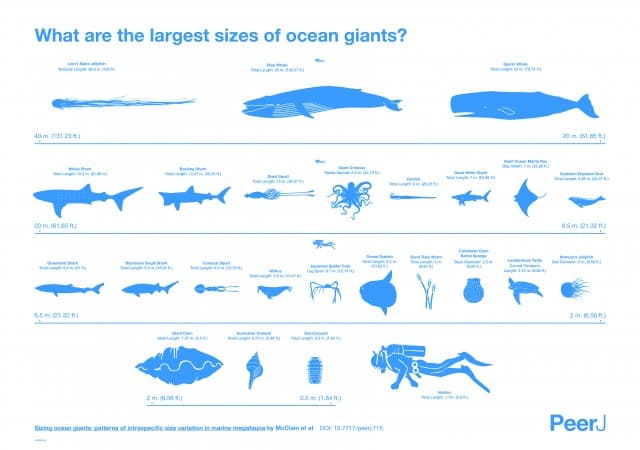 What Are The Largest Sizes of Ocean Giants?

In this study, a team made up of a mix of scientists and students sifted through multiple datasets and historical records to produce accurate and comprehensive size measurements for 25 species including the blue whale, giant squid and great white shark. Their project powerfully demonstrates both the challenges of arriving at exact measurements, and the human bias toward larger individuals.

To cast a wide net, Craig McClainÂ – the assistant director of the National Evolutionary Synthesis Center in Durham, N.C. and Chief Editor of the Deep-Sea NewsÂ -Â brought graduate and undergraduate students on board to help select and research the marine species that most fascinated them. The species range from well-known behemoths like the great white shark, giant octopus and walrus, to more obscure creatures such as the giant tubes worm and the colossal squid. All told, the paper collates a wealth of data showing the typical and maximum sizes of some of the most charismatic megafauna alive in the oceans today.

In tackling a search that would become quite gigantic itself, the authors contacted fisheries, marine centers and other scientists. â??Itâ??s one part a databasing effort and one part historical research: double-checking museum specimens; talking with other scientists and collectors; and even checking eBay for specimens for sale,â? McClain said.

Social media also helped. McClain created a website, The Story of Size, where the authors posted regularly. The students promoted their work by sharing updates and their own impressions. With posts like â??Why You Should Give a Damn about a Giant Clam,â? the site added a playful tone to the scientific discourse and also made the project more accessible to the general public.

Despite challenges in obtaining much of the data, McClain is pleased with his teamâ??s results, which he thinks will slowly replace the erroneous measurements found in academic papers, fishery databases, textbooks and more.â??Precise, accurate, and quantified measurements matter at both a philosophical and pragmatic level,â? McClain said. â??Saying something is approximately â??this big,â?? while holding your arms out wonâ??t cut it, nor will inflating how large some of these animals are.”

Tim
Co-Founder
After a quick stint in Baton Rouge, Louisiana, Tim moved to Austin, Texas at the ripe age of one. He then spent the next 17 years there experiencing all that Austin had to offer. Nightlife, music, ...
13.6k 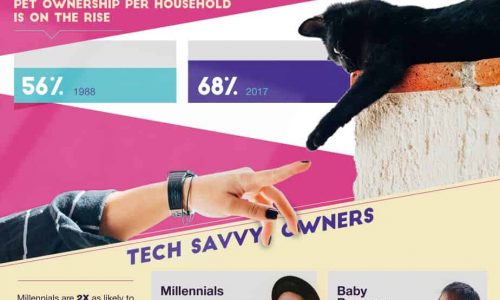 How Tech Is Making Your Pet’s Life Better 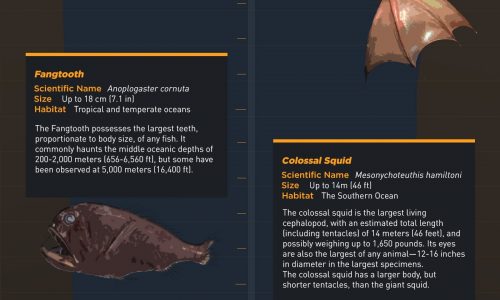 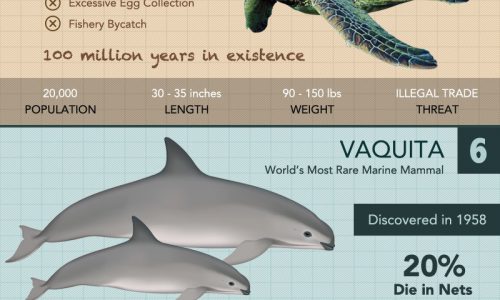