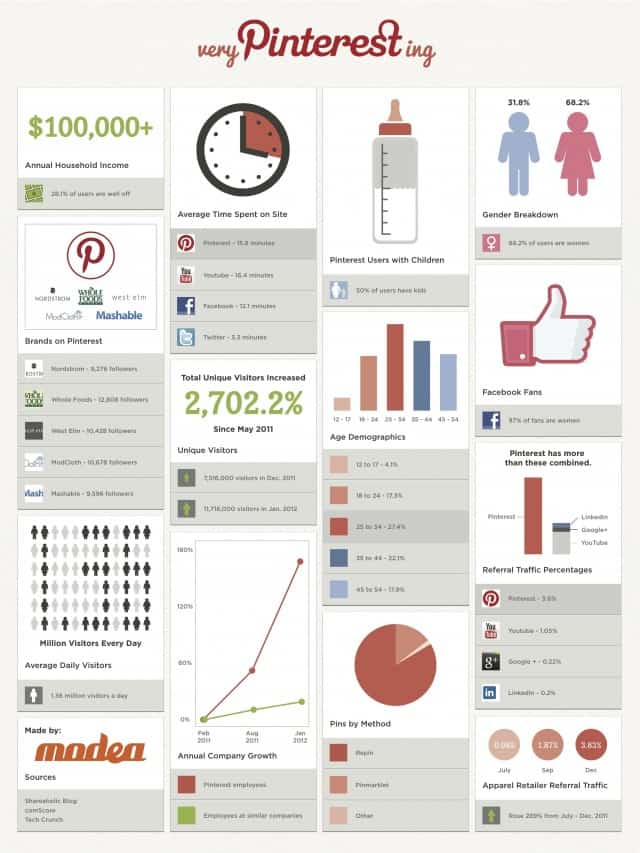 Pinterest has blown up this year, and sorry guys – its not for you. With women dominating the populous at almost 70% of registered users the content is mostly made up of clothes, food and motivational typography. For now Pinterest is growing extremely fast without much help from the male demographic and maybe they won’t need guns and videogames for a while. And why would they need men? Women have always dominated the social media market where over 84% of popular social media sites have a majority female ratio. Facebook has always had more active female users than male and when Google+ launched, the girls seemed to stay away. Now Google’s attempt at Facebook is almost all forgotten. I think the ladies know a thing or two about technology.

Unfortunately, Pinterest isn’t all fun and games. There is also a potential for a hostile litigious battle ground. The ability to ‘pin’ anyone’s content without consent brings a wave of millions of copyright infringements. With Pinterest executives conscious of this risk they make sure they are not liable stating in their terms of service: “The entire risk… remains with you.”

Pinterest is a wonderful concept and one that could rival the leading social media websites of today, but they need to focus on securing a more reasonable terms of service. [Via]