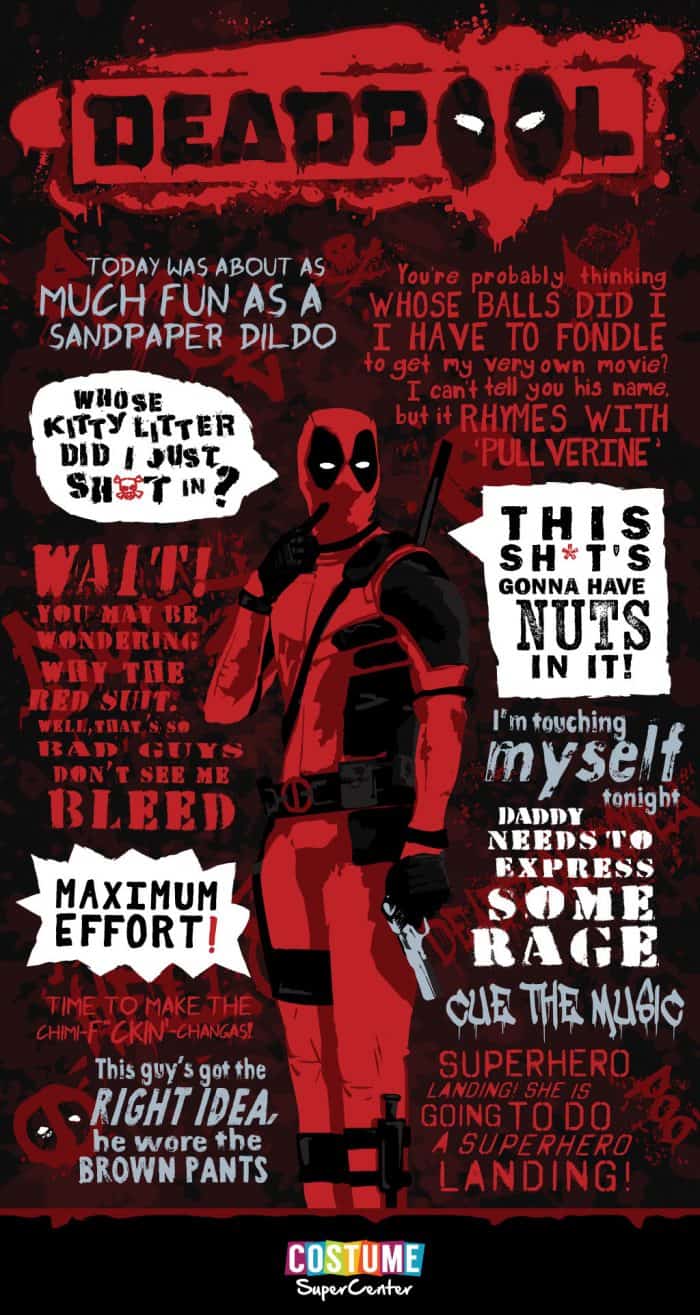 Deadpool: The Graphic That Gets Graphic

11 years in the making, Deadpool eventually set a record for the biggest opening weekend for an R-rated movie last year.  Called the “Merc With The Mouth”, Deadpool has some R-rated language in store for you today, fair warning.

Created in 1991, this Marvel character has only grown in popularity, in large part because of his sense of humor.   A superhero that was inspired by Spider-Man, Deathstroke, and Wolverine, but makes you laugh?  This one's a keeper.

What drives the humor home?  It's Deadpool's ability to “break the fourth wall” and know that he's fictional, able to step back and even clown the comic industry itself.  He's sarcastic, clever, and relevant:

“I had another Liam Neeson nightmare. I kidnapped his daughter and he just wasn't having it.[Lies down in bed beside Vanessa] They made three of those movies. At some point you have to wonder if he's just a bad parent.”

The teaser for Deadpool 2 came out this summer, with the final release of the movie scheduled for primetime in June 2018.  Got me a little nostalgic, so here are some lines to spice up your day.