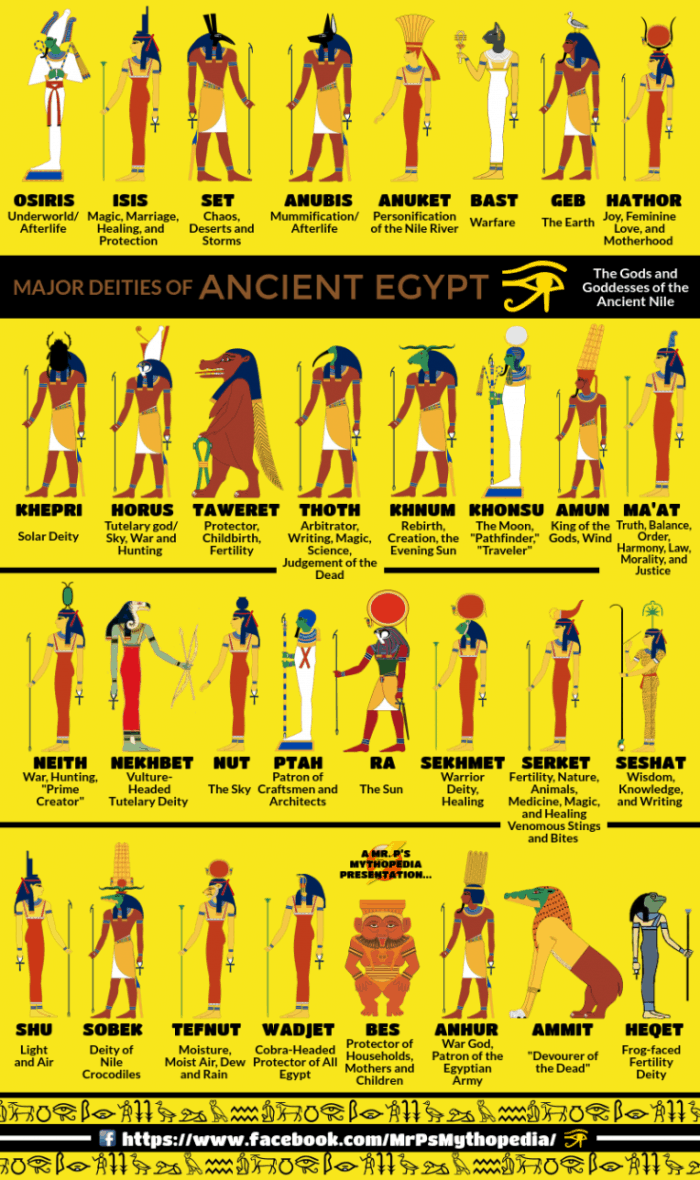 No doubt the ancient Egyptians were god-fearing citizens. With more than 2000 gods, theirs was the largest and most complicated group of deities anywhere in the ancient world. Each god had specific duties and responsibilities and they could be spiteful and unreliable. So, people had to keep them happy to ensure a balanced and orderly life. The Egyptians' lives revolved around their gods. They saw them as a vital part of their journey through life and death.

The ancient world was a scary place. People had no knowledge of what caused disease and death. They had no early warning of terrible weather events that could change their lives forever. So, they attributed the unknowable to the gods. Some gods were benevolent and yet they couldn’t be counted on to ensure that life was good. Others were spiteful and had could quickly bring disorder to human lives.

Many of the gods of Egypt were strange-looking creatures. While some took on a human form, others have human bodies and the heads of birds or other animals. Many of the gods were related to one another. For example, Nut and Geb parented Nephthys, Osiris, Isis, and Set. Osiris married his sister Isis who gave birth to Horus who subsequently married his mother Isis.

The Safest States, And Why They’re Safe