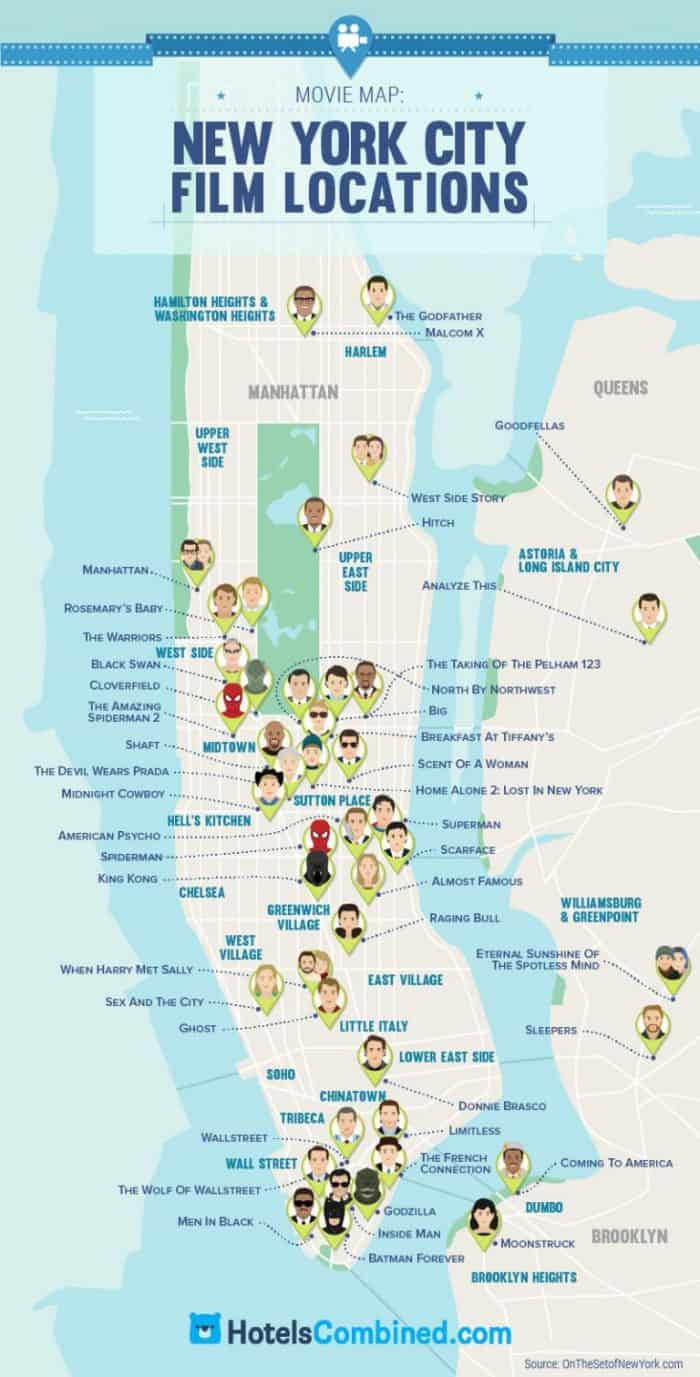 Not many cities are as popular as New York when it comes to movies. Directors just love to set their films in this iconic city. We saw many great love stories unfold in New York’s neighborhoods, we witnessed alien invasions, giant climate disasters destroying it, superhero battles, and a bunch more crazy scenarios.

Some would even say that the New York is probably the most unsafe city to live in according to movies. Sure, you might meet the love of your life on the Fifth Avenue, but does that really matter when you are one day away from Godzilla’s invasion. And of course, Spiderman will be there to save the city, but there is only so much that he can do against daily disasters that befall New York City.

Jokes aside, a lot of great movies choose New York for their location, and who can blame them, the city has become its own character. If you ever wondered what all-time best movies took place in the Big Apple and what are their exact locations, then look no further than this neat, little infographic.