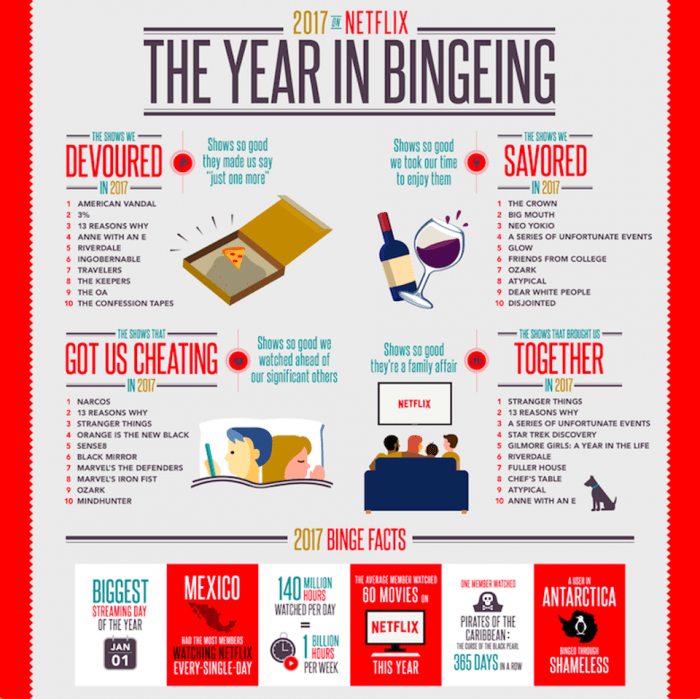 It’s safe to say that Netflix had a successful 2017. People tuned in to watch new TV shows like American Vandal, Ozark, the Defenders, the Punisher, and so on. Additionally, we got long-awaited continuations for some of the best Netflix original series like Stranger Things, Black Mirror, Narcos. However, the biggest buzz came from the first Netflix original blockbuster movie called Bright. Sure, the critics didn’t embrace it as much as the audience did, but who cares. The movie did enough to get the green light for the sequel.

However, what interests me the most are those juicy facts about what were the most watched TV shows, which shows were binged the most.  Remember how Netflix can help relationships?  There’s nothing like an all consuming show to watch snuggled up to a significant other.

Did you know that one member watched Pirates of the Caribbean: The Curse of the Black Pearl every single day in 2017? Or that a user on Antarctica binged through entire Shameless TV series in one sitting? Huge props to both of these users. The best part, these facts are not the only outrageous ones, as you will find out from this infographic.