The Evolution of Video Game Controllers 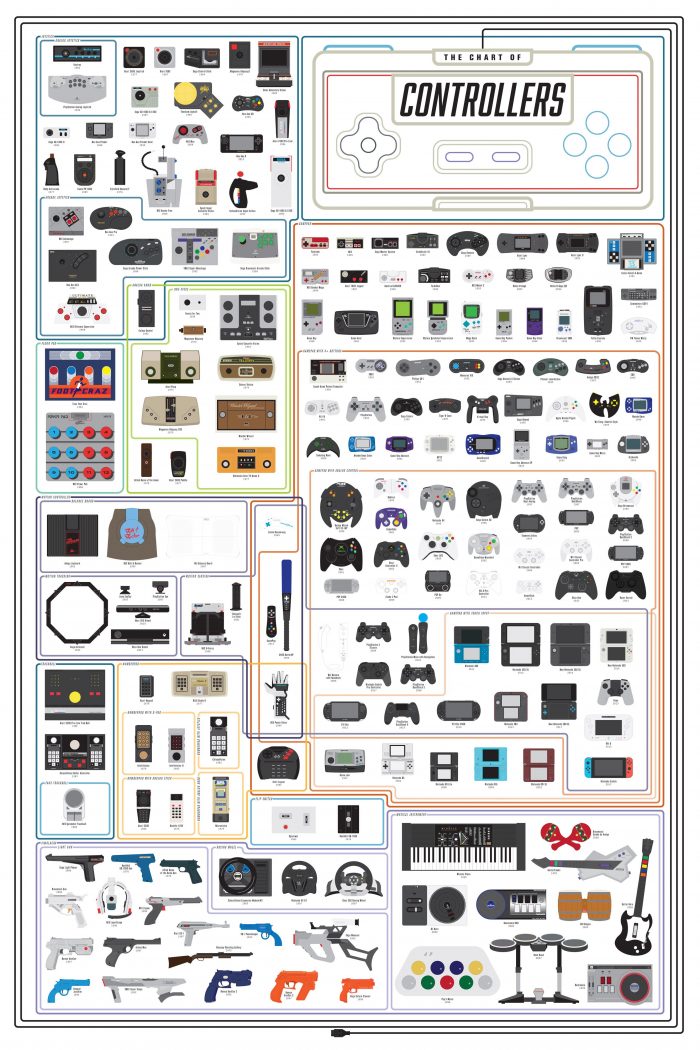 The evolution of video game controllers makes for a great visualization of improvements to functional design over time. With each new generation the controllers have gotten more complex, yet more comfortable to hold and easier to use.

The video game controller has taken a number of forms throughout the years. The most iconic controller, and the one that comes to mind when you think of a standard video game controller is one with a movement pad on the left side, and a number of action buttons on the right side. The design of these gamepads started way back in 1985 and have continually improved ever since. The original Nintendo console and the Super NES made use of this design.

In the mid 90’s analog control was introduced with the addition of joysticks to the gamepad. The Nintendo 64 in 1996 had one of the most iconic controllers ever with it’s centrally located joystick in addition to it’s traditional gamepad components.

As consoles gained popularity and the types of games changed, it became obvious that the joystick was the best tool for the job. The Playstation came out with a dual analog controller in 1997, which was well ahead of it’s time. This set the stage for the next 2 decades of controller design.

The Xbox followed in 2001 with an offset joystick design which felt more intuitive to many. It’s rare to find any form of game controller these days without the dual analog setup that was pioneered by the Sony Playstation. Even handheld consoles have been made with a dual analog controller setup for a number of years.

Also, depicted on this visualization is a number of specialty peripherals used for specific games. The most iconic being the Nintendo Zapper, used for Duck Hunt, and the Guitar Hero controller.

Seeing the progression of design in game controllers is a function of technological innovation, functional design, and the changing demands of gamers across the globe.