By Shelly | source:TheGirlEffect.org May 4th, 2015

I recently read Half the Sky, a book by Nicholas D. Kristof and Sheryl WuDunn, that tells the stories of women in Africa and Asia and discusses a movement called the ‘girl effect.' The stories of these women from lower socio-economic regions of the world are nothing close to fables, but rather are the empowering truths of what females in less-developed countries with little means and resources encounter every day.

Like many movements and issues around world, the girl effect has struggled to gain momentum because of a lack of awareness. Like slavery was in the 19th century, gender equality is the new hot-button issue of our time. And just as slavery was ignored for generations, women’s equality is also largely disregarded and the responsibility to find a solution is left up to the next generation.

The infographic shows the different situations that have negative impacts on girls, and what can be done to help them overcome these issues to have a better future. Women are often said to be the solution to many problems occurring this century regarding population, environment, the economy, politics, and social concerns. The girl effect uses this line of thinking by encouraging the empowerment of women in their societies. By educating girls and giving them roles in their community, it will not just benefit females, but also the demographic dividend. Furthermore, investing in girls' education, health, safety and economic empowerment can save lives, stimulate economies, and ultimately lead to gender equality. 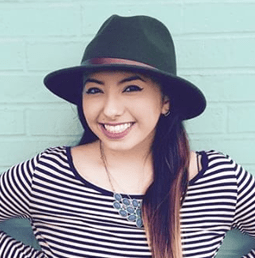 Shelly
Author
Shelly is a graduating senior at Texas State University - San Marcos pursuing her BAIS in International Relations. She spent her fall semester of 2013 studying in Paris, France and has experience t...