The Most Comprehensive Parks & Recreation [Infographic] You’ll Ever See 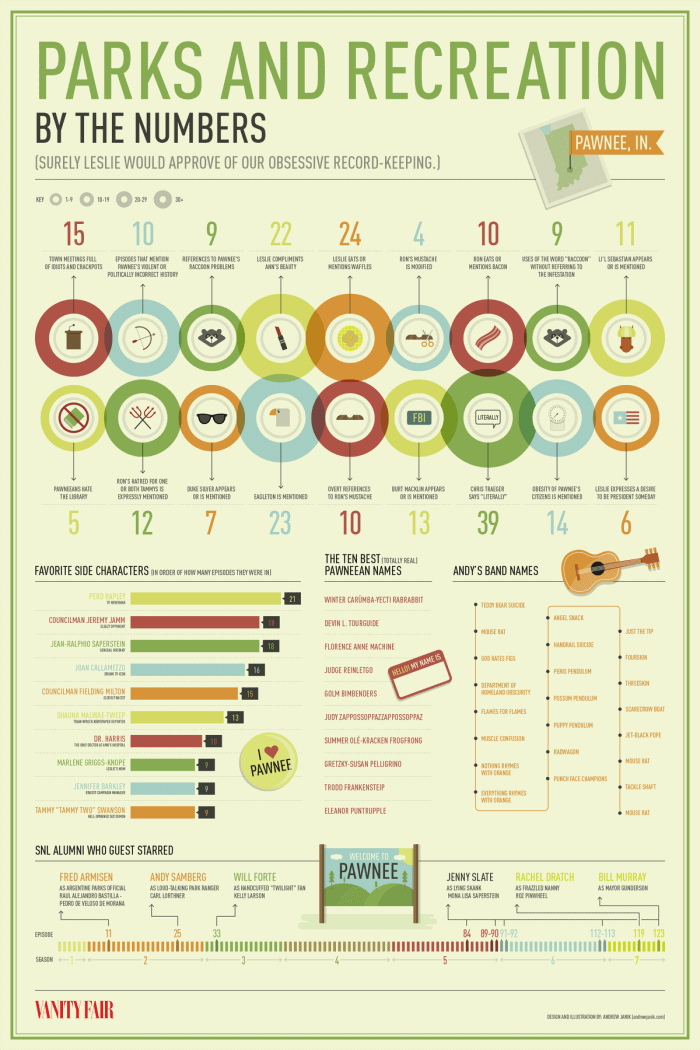 Watching these episodes from the last season of Parks & Recreation really made me look back on the show as a whole. When P&R first started airing I couldn’t help but feel like it was a copy-cat of The Office. After a season or two I decided to take the plunge and star the series besides my initial negativity. I mostly decided to watch it because I had stopped watching The Office. Feeling betrayed by what seemed like reoccurring story-lines and the departure of my favorite characters, I felt like P&R could replace Michael Scott and the gang.

Replace was a bad choice of words though. I loved P&R right off the bat. Their crew had so much charisma together. The characters were more relatable (although less real, they were more entertaining.) From Lil Sebastian to the infamous hole in the ground. The first few seasons of P&R were magnificent. I keep on being a fan of the show, although not always keeping up week by week. The Office felt dragged on, P&R knew they had hit the end of the road.

Reading articles on how critics were feeling about the last season I couldn’t help but agree. It was boring, the episodes didn’t have enough of the sass of the rest of the show, it was, dare I say, too cheesy? But then they had their finale. The cheesiest episode of P&R ever. And I loved it. Jumping into the future to show how everyone’s lives ended up was great, and Leslie had the power to show you.