What American Families Think About Marijuana

Not since the 1960s has marijuana become such common living room conversation.  The conversation may come up on weed, ganja, grass, dope, cannabis, or any of the slew of street names.  These days it's often discussed in the context of legalization, which is pretty hard to ignore when it ends up on your ballot.

Roughly half of American states legalize marijuana in some form now, possibly due to some of these reasons , but mainly because public opinion has allowed it.

So what do families think of weed?  A Yahoo survey found that those who partake may even do it as a family- almost half of parents who use marijuana consume it with or in front of their adult children.

It's certainly become common to be in a relationship with someone who shares the same tastes.  However,  a majority of respondents to the survey believe marijuana is addictive and poses a health risk.

Laws continue to adapt and change to the tides of public opinion – and your state might just be next.

The Facts Behind the Vax 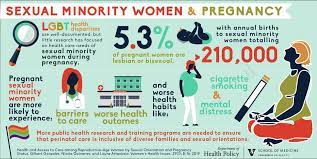 Queer Women Can Get Pregnant, Too