The 23 Most Common Languages In The World 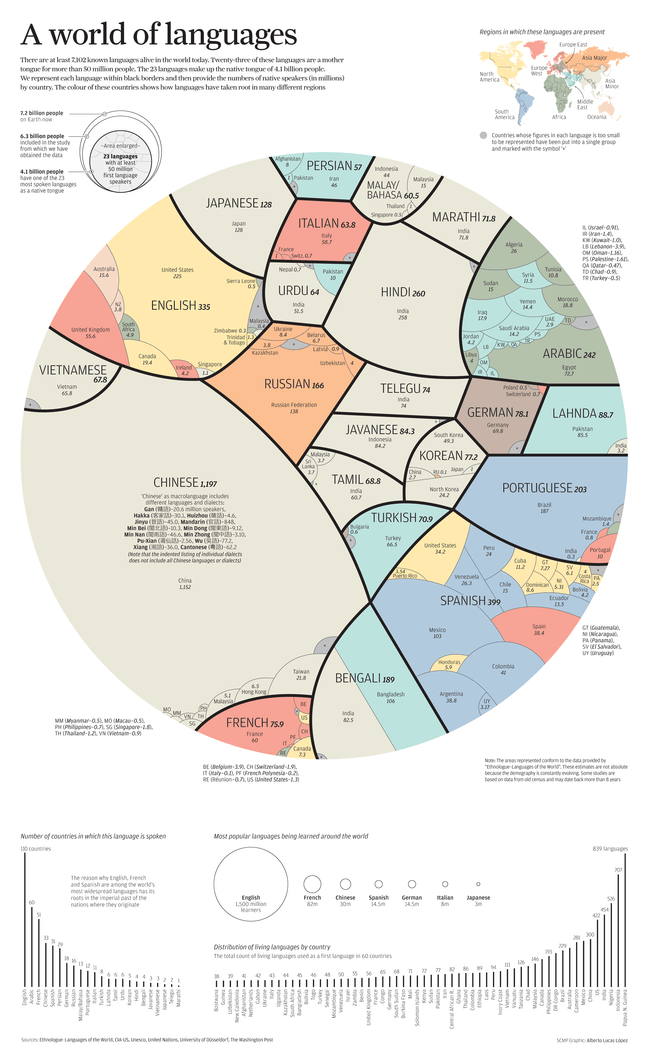 I only speak English, so I envy people who can speak multiple languages. When I travel, I have to rely on the kindness of English-speaking locals.

My husband, on the other hand, speaks three languages: English, Spanish, and Portuguese. Based on this infographic, all of the languages he speaks are pretty common.

Unsurprisingly, Chinese is the most common language in the world. Close to 1.2 billion people speak one of the language’s variants.

English and Spanish are almost tied for their commonality, with roughly 340 million people speaking each language. Portuguese and Arabic are also pretty common.

It’s worth noting that some languages you may not be familiar with are on this list. While Hindi tops the list for India, Telegu and Tamil are also spoken in the nation, along with Marathi and Urdu.

Something else that’s interesting to note: Countries speak different dialects of the same language. While the U.S. leads for English, the United Kingdom, Canada and Australia also have their own variants of the language.

Part of the fun of learning a language is understanding nuance and getting to know the idioms.  Getting those wrong can be awkward and also quite funny- see our post for hilarious sayings that don’t translate literally.