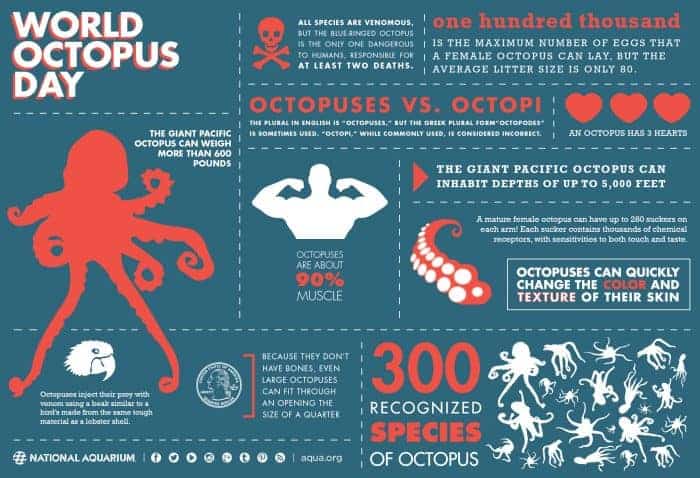 Before we begin, World Octopus Day is actually October 8th, but I'm just preparing you all so that you may celebrate these amazing creatures when the time comes.

Octopuses (contrary to popular belief, “Octopuses” is the correct plural, not “Octopi”)Â  are my favorite animals. They're intelligent, they change colors, they can change shape, they have eight legs, and they can kill you. Not really. I just wanted to scare you. Unless we're talking about the venomous blue-ringed octopus, which has beenÂ responsible for at least two human deaths. In fact, all octopuses are venomous. They inject their prey with venom through a beak, which is made up of the same stuff as a lobster shell.

These aggressive creatures are all muscle. Ninety percentÂ of their body mass is muscle. They also have three hearts. I guess you'd need three hearts if you laid 100,000 eggs. The average litter is actually only about 80 eggs, but still, momma's gotta have enough heart to distribute equal love.

There are 300 recognized species of octopuses. The giant pacific octopus can weigh up to 60 pounds.

I guess the only drawback to being an octopus is that each of their suckers on their tentacles are sensitive to both touch and taste. So whether they like it or not, they have to taste what their grabbing on to.

I hope you've learned a lot today. I'll see you on October 8th. Party at my place. Bring your own octopus. [via] 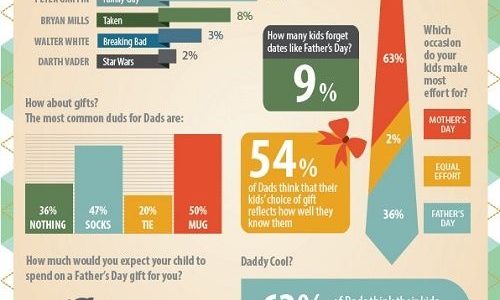