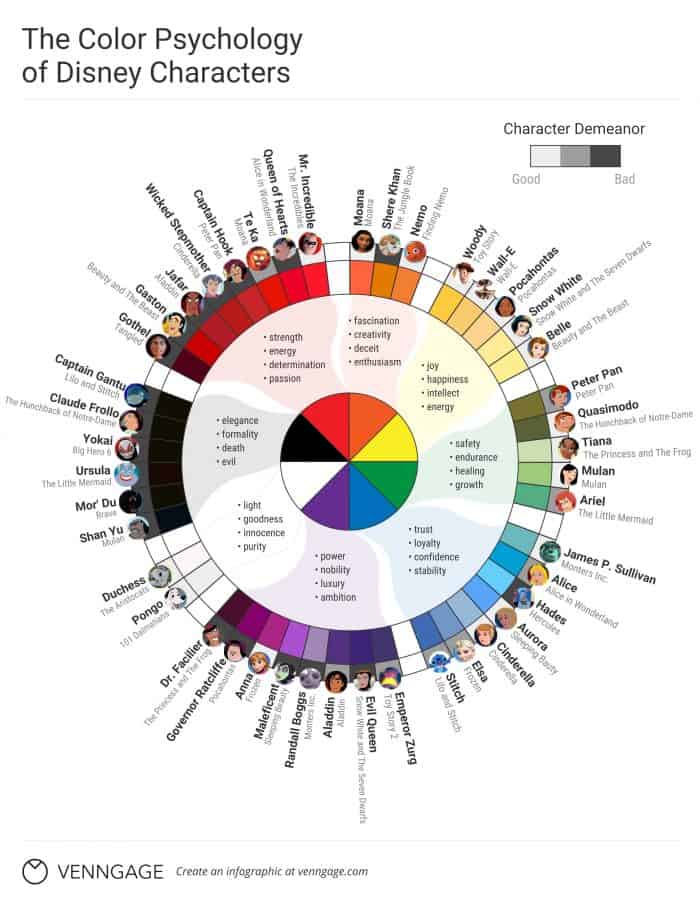 Color can say a lot about character and personality in any form of media, and Disney movies are no different.

Disney characters are some of the most iconic cartoon characters to ever exist (especially considering the absolute size of Disney!), and with so many of them having been created, we’re bound to notice some connections between facets of each character.

With that being said, today’s infographic will focus on the connections between the colors of various Disney characters and their personalities.

One example of color psychology in Disney movies is the color blue. While it may just seem like a color, closer investigation shows that blue can be a lot more than just a color in these movies. In these movies, blue can be seen as a symbol of trust, loyalty, confidence, and stability. It’s commonly the color of ‘good’ characters, like James P. Sullivan from Monsters, Inc., and Cinderella from her self-titled movie. One exception to this is Hades from Hercules, but even in his case, he was a great source of comic relief despite being a villain.

Another example is the color white. Much like many other sources of media, Disney films usually use the color white to represent things like light, goodness, innocence, and purity.

If these two examples interested you, be sure to check out the rest of today’s infographic!

Jayden
Here for a good time, not a long time.
5.6k 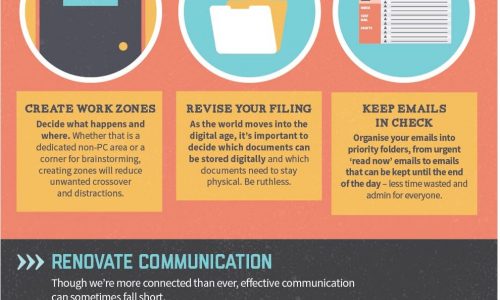