If you have yet to see Felix Baumgartner's amazing feat of human achievement, please refer here for your mind to be blown. Jumping from a height higher than anyone previously had ever tried (the last record was held by Joseph Kittinger in 1960 from a height of 102,800 feet) Felix has surpassed any and all attempts of free falling. From 128,000 feet, Felix plunged toward the Earth like a human meteor with little else but four-layer pressure suit, a balloon to get him up there and balls of steel. After merely 40 seconds of free fall, Felix broke the sound barrier (a first ever, in terms of free-falling) and continues down for another 5.5 minutes, risking the possibility of going into a harmful or otherwise fatal spin that would knock him unconscious. Luckily he managed to fall with grace.

The first infographic represents statistics and information about Felix and his jump. The second, and probably the more illuminating of the two, shows some perspective of just how high in the sky he was. In comparison to the tallest building in the world, Godzilla, Mount Everest, and Mars' largest mountain, the altitude at which Felix fell far surpasses those heights to say the least. In the end, it's incredible to think that just over a century ago we couldn't even figure out how to fly planes but now we have the ability to parachute from the Stratosphere. Huh. [VIA, via] 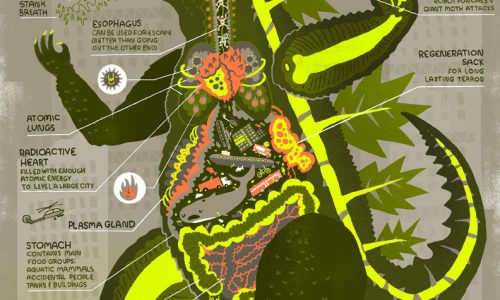 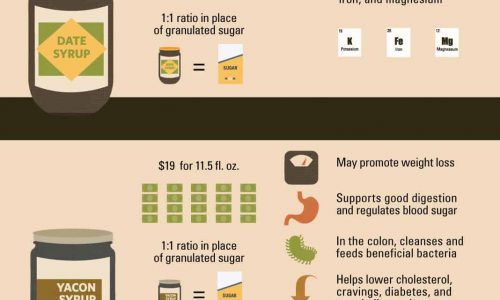 A Sweet Guide To Sugars 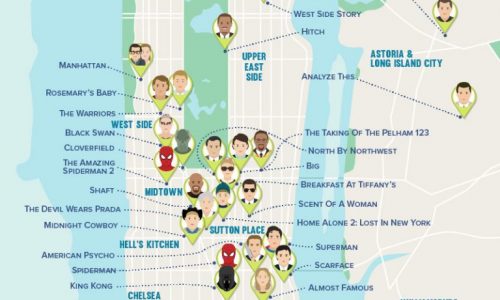 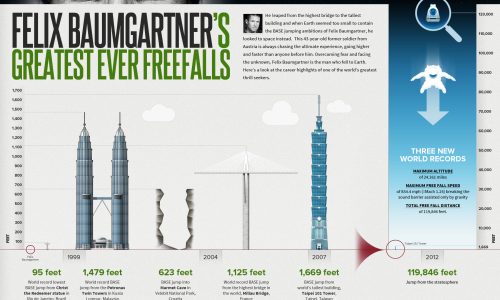 How to Break the Sound Barrier with Your Body 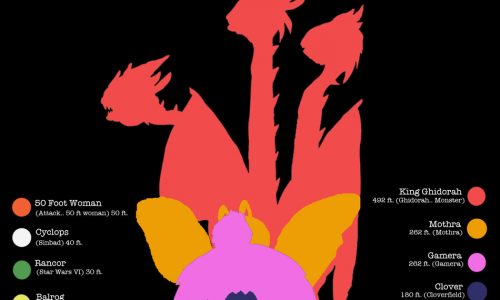 Is Your Favorite Movie Monster Bigger than Mr. Stay Puft?

May 14,2016 added by Sharla Entertainment