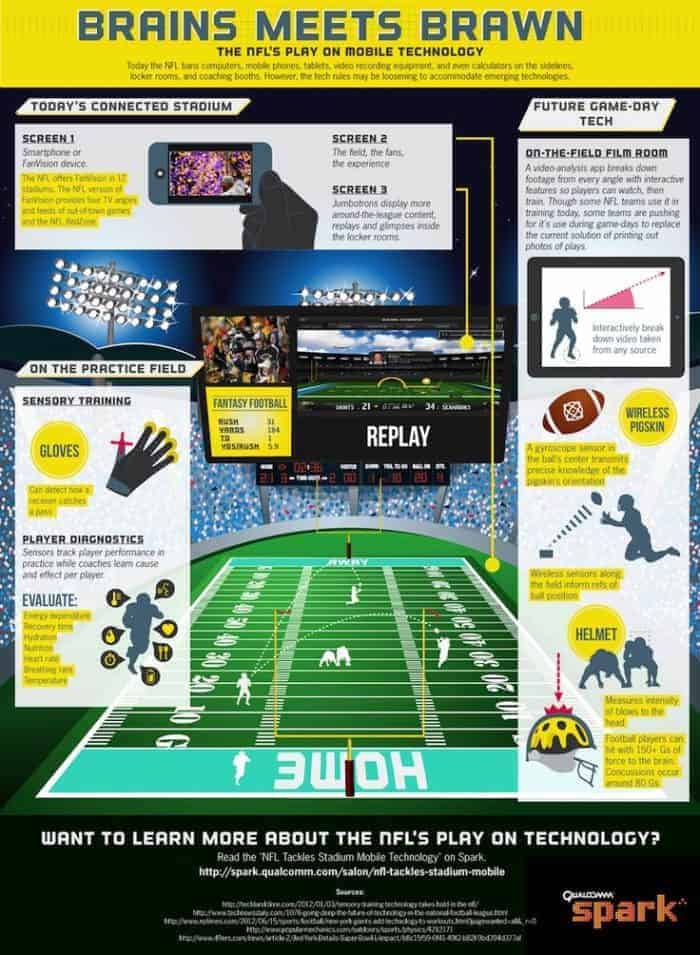 From Brawns to Brains

With the close of the World Cup just last week, the next major sporting event the majority of Americans have to look forward to is NFL training camp. With only three weeks left until the start of mandatory mini-camps, NFL news is shifting from puff pieces towards actual relevant news. One of the most popular trends in NFL news right now is centered around the incorporation of new technological developments into team's infrastructures.

Some of the most intriguing of these developments is how coaches have integrated the use of “sensory training” into the practice field. Coaches around the league have begun to attach sensors in players' helmets and pads to detect the intensity of blows to the head. Additionally, sensors have been placed in the center of footballs themselves to measure quarterbacks' trajectories when they throw passes.

The “fan experience” has also improved with the advent of new technology. In twelve out of thirty-two NFL stadiums, the FanVision app provides fans at home with a four camera view of live on-field action during games. Additionally, jumbotrons continue to enhance the experience of fans at games themselves.

It's always interesting to monitor the constant evolution of technology and its fusion into the smallest corners of modern day society. Check out today's infographic for more info.Â [Via]

With the advent of new technology, NFL fan's experience as well as the safety of players has been revolutionized.

Wes
Author
Wes Maxwell is a currently enrolled senior at Texas State University - San Marcos studying English and history. A driven and impassioned individual, Wes strives to find a fine balance between the u...
5.8k