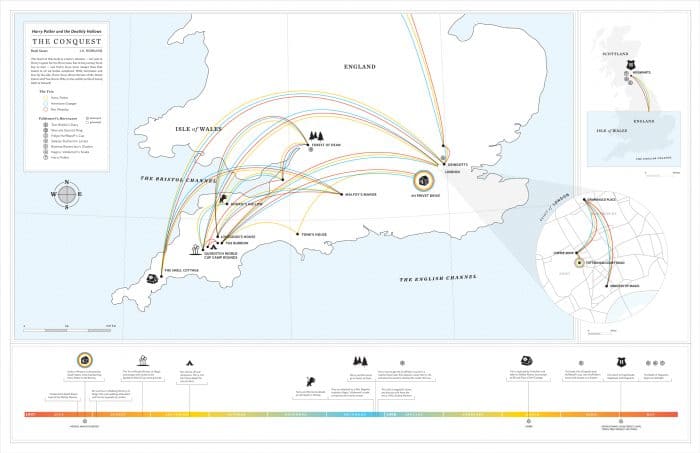 To say that Harry Potter is popular is an understatement. Even though it's been almost 2 years since the last movie's release (not including Fantastic Beasts), the world is still obsessed with the wizarding world and Hogwarts.

In fact, people are still so in love with the world of Harry Potter that Hogwarts houses have become the new zodiac signs. Instead of taking Meyers-Briggs personality tests, people are turning to Pottermore for their sorting needs. Telling somebody that you're a Hufflepuff with Slytherin tendencies for example, has become a way of completely summing up who you are when describing yourself to somebody new.

One of the things we rarely think about, however, is the actual work that Harry had to put in during his adventures. In the sixth installment of the story, Harry has to search for all of Voldemort's Horcruxes in order to defeat him once and for all (Spoiler alert: Harry wins). In the process, he ends up traveling far and wide to find the 7 Horcruxes that have been scattered all over Britain. Take a look at today's infographic to trace Harry's path and see just how far he traveled to defeat He Who Must Not Be Named.