Is The Era Of Fast Food Ending?

Artificial Additives, hormones, antibiotics and GMO’s. These buzz words have never been more prevalent than today and our fast food companies are feeling it. McDonald’s, the world’s largest fast food peddler has been suffering for the last few years. So much so that they have decided to stop sharing their monthly sales figures. That’s right, Mr. McDonald has it bad, and they’re not the only one feeling the heat.

All major fast food chains can tell that there is a major shift in consumer preference for healthier food, while chains like Chipotle are gaining ground fast by being ahead of the health trend. In a controversial move Chipotle has almost eliminated GMO’s from their menu. Some in the scientific community have called this a bad move, but Chipotle knows their marketing and the science doesn’t matter. GMO’s are a hot topic in our nation with hated firms like Monsanto proliferating the use of GMO’s across the globe. Even though GMO’s can and will be the better, healthier alternative in the distant future, Chipotle has decided to ban the trend rather than any actual health consequence.

Fast food companies will continue to create a healthier menu, but it will take time. You can bet in 10 years the neighborhood McDonald’s will be like nothing you’ve seen before.

Tim
Co-Founder
After a quick stint in Baton Rouge, Louisiana, Tim moved to Austin, Texas at the ripe age of one. He then spent the next 17 years there experiencing all that Austin had to offer. Nightlife, music, ...
18.9k 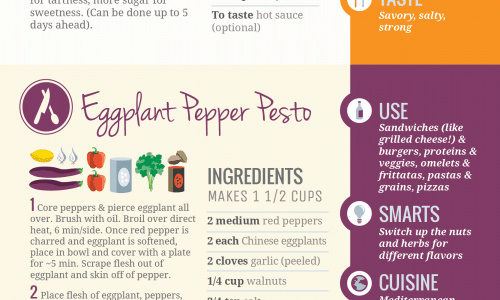 The Only Sauce Recipes You’ll Ever Need