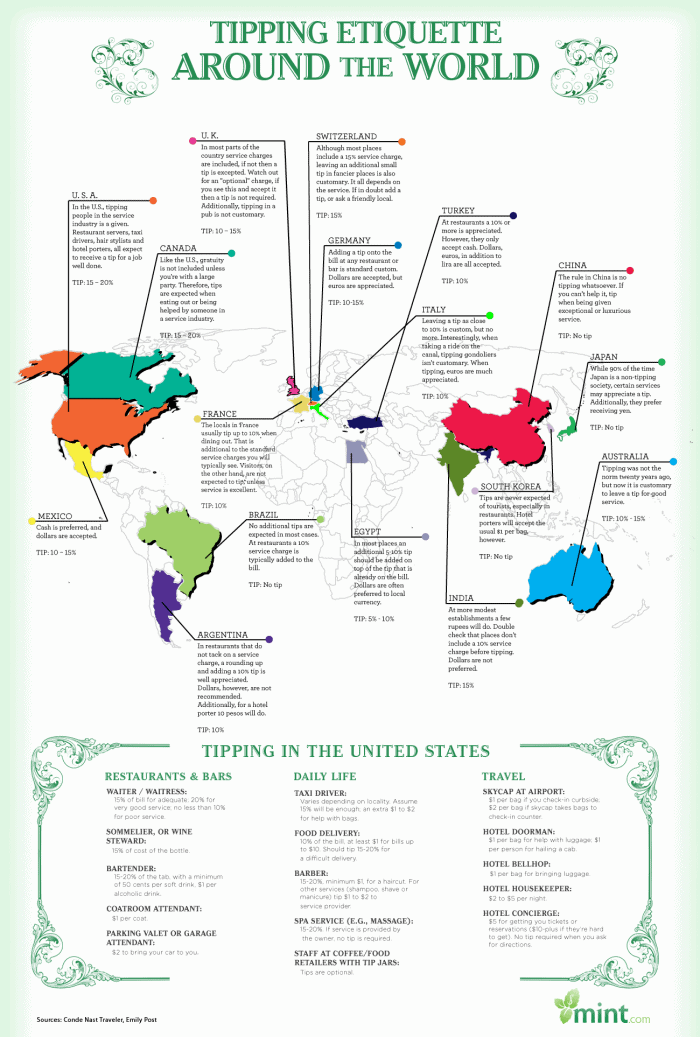 Tipping Etiquette Around the World

Growing up I never really understood the tip, it always seemed as though we were just paying twice for someone to do their job. However as I've gotten older I've realized tipping is a pretty important thing. After all these people are handling your food and other important things you don't want them messing with/up. As a poor college student tipping sucks, but I do it even if it is just a dollar or two, a tip is a tip right?

Today's infographic Tipping Etiquette Around the World does a nice job of comparing the way people tip in different countries. Reading through the graphic you will find that North America has some of the highest tip percentages with the U.S.A. and Canada leading the way with 15-20%. Which is quite the heavy fine when compared to China, Japan, and South Korea where there is no tipping, unless you have been given “exceptional or luxurious service.”

Being in the service industry is not all it's cracked up to be, but the tips sure do help. If you have ever worked in the service industry you have heard the saying “the customer is always right.” Well, this is not true, a large part of the time the customer has no idea what he/she is talking about. Not only are there lots of customers thinking their right when they are not, but there are also that special brand of customer called the dick. The person who just seems better and has to make your life a living hell, but as long as your receiving a fat tip I guess it's all worth it.[via]