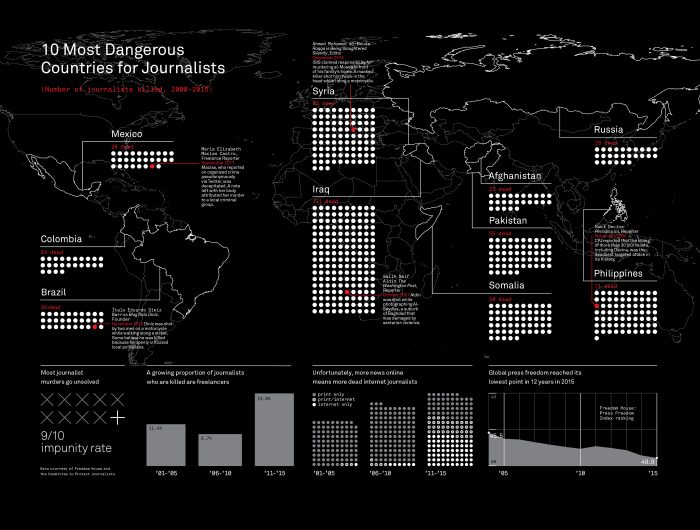 I have a journalism degree, so I'll always have a soft spot for the profession and the people who report the news. Regardless, there's been a lot of distrust of American media lately.

But outside of North America, it can be really dangerous to be a journalist. In the past decade, about 170 journalists have been killed in Iraq. There have been nearly 100 documented deaths in Syria as well.

When journalists are killed, their murders are often unsolved. Only 10 percent of the killings involve someone being convicted of a crime.

Another unfortunate statistic: While the Internet has created opportunities for journalists and readers alike, it has also led to more deaths. Many of the reporters who have died since 2011 worked for Internet-only publications.

Some of the countries on the list are in war-torn regions, but others are surprising. For example, both Brazil and Colombia have seen 30 and 24 deaths respectively

While journalists in the U.S. are protected from government harm, they've faced increased scrutiny due to claims of “fake news.” How does that influence behavior? Click here to find out.